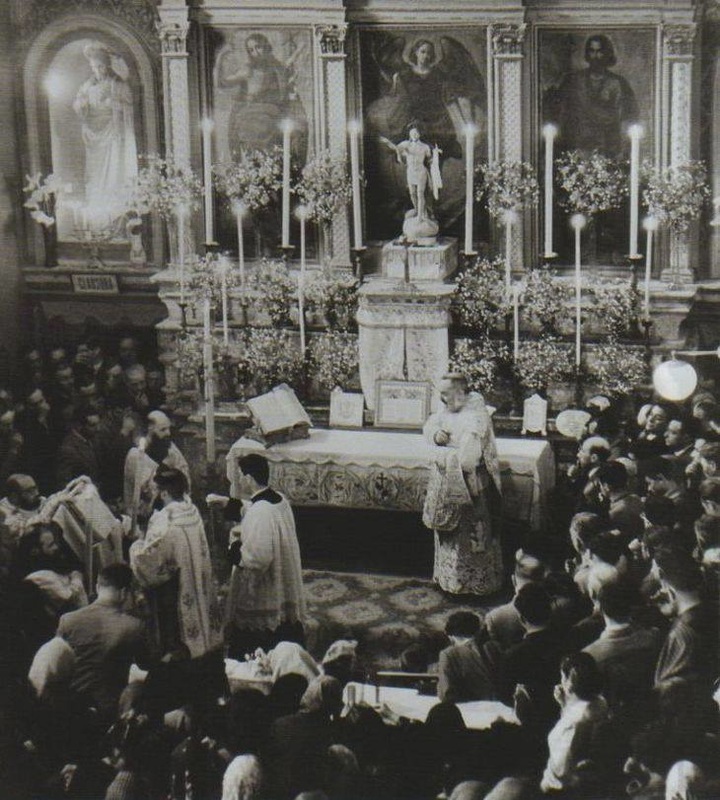 In a recent post you replied to my discussion of some of the fundamental questions at play in the debate about Vatican II on the level of philosophy and the level of history. First I will admit for the sake of the debate that I have not responded with corresponding rigor to your answer of mine regarding Newman, which I thought was a very good reply, so that point is well taken. But let me summarize your assertions in that article in that Newman appears from your quotes there. He seems to say that he did not mean by “temporary suspension of the teaching Church” that anything absolute happened, but only that the Magisterium in some way was obscured, even though it was still acting in various ways, including a Roman synod. Is that a fair summation?

Another important point in this dialogue is to say that I do not call myself a traditionalist, nor do I call our apostolate traditionalist (please see the explanation why here). However, I do agree with some basic assertions of the “trad movement,” thus the use of the label in the title for the sake of summation. In your most recent response, you called me a radical Catholic reactionary in contrast to you as an orthodox Catholic. We already agreed that my confession of faith is almost completely acceptable to you, and we originally proceeded with a shared agreement of those basics. So perhaps you could clarify why you see me as not orthodox? Where have I ever asserted anything erroneous or heretical or ever said anything that was reactionary? I ask sincerely, as one hoping to be corrected as it is written, The way of life, to him that observeth correction: but he that forsaketh reproofs goeth astray (Prov. x. 17).

If I may say, my brother, I do think your labeling of me as a “reactionary” weakens your argument, because you seem to rely on a preliminary criticism of unknown comments of which I have no part, then an attack on a reasoning “as reactionaries do” to critique my argument, without mentioning or addressing the distinctions I made about causality both philosophical and historical.

The fundamental concept that I was addressing was about your assertion of causality in the fallacy of post hoc ergo propter hoc. I conceded this point, then contrasted the rejection of this fallacy with the skepticism of Hume. I’m happy to go into these different historical instances, but these concepts are the primary assertions I am making. I am attempting to answer the question: is it possible for a Council to fail?

What was the cause of this crisis? I argued that it cannot be the Council on a philosophical level, since every Council is in some way an act of the Holy Spirit. But I said that the Council could be a cause on a historical level, since some Councils simply fail to address the situation adequately. Put another way, it is simply an assertion that we need another Magisterial Act such as an Ecumenical Council or something with binding force, since Vatican II has not worked, nor will it work for the future. This is my thesis. This does not mean that the Council was not an act of the Magisterium, but merely that the Magisterium needs to add some greater act for the situation to be resolved. The main point of my analogy with Lateran V is this:

Voices at the council warned of dire consequences

These abuses were not corrected

Vatican II intended to create a renewal based in part on optimism from John F. Kennedy and De Chardin, as Ratzinger admits

Fatima, Ottaviani and the original Schemas, and the Coetus warned that optimism was misplaced (despite the excellent things that are said in places like Gaudium et Spes as you note).

My assertion: therefore a new Magisterial Act—analogous to Trent and its anathemas—is necessary to address the crisis

Councils and Magisterial Acts are generally called to address a current crisis. The real crisis (the sexual/Marxist/Feminist revolution) erupted after Vatican II. Therefore Vatican II cannot address the crisis which did not exist at the time of the Council. It would be similar to Catholics saying we should not call Trent to address Protestantism because we already have Lateran V. Or Catholics asserting we should not call Ephesus because we already have Nicaea.

My argument is the same as Dietrich von Hildebrand. He pleaded with St. Paul VI to condemn heresies, even drafting condemnations himself and giving them to him, but Papa Montini refused saying it was “too harsh.” The charitable anathema, as Hildebrand argues in the book of the same name, is the solution to our times as it has been for centuries. Nevertheless, this method was refused not only by Pope St. Paul VI, but also St. John Paul II and Benedict XVI, and certainly by Pope Francis. Moreover, this time-proven yet abandoned pastoral method was used effectively by two other saintly popes–Pius IX and Pius X–the latter of which was canonized by Ven. Pius XII specifically as a model for our times immediately before the Council (which is why Pius XII canonized him in a rush job). The traditionalist argument boils down to the assertion that Vatican II is inadequate to address the situation, and something traditional must address it: the charitable anathema, which has already proven effective in our times against what you admit is the greatest problem right now: Modernism.

As a corollary, as Hildebrand also argued, the New Mass has fundamental problems in its Latin texts in weakening the Tridentine emphasis on the Real Presence. Thus it failed to create a renewal, but rather the opposite occurred. It is so reactionary to say we should try something different at this point? You seem to assert that it is. Hildebrand argued that the New Mass should be abrogated and the Tridentine restored. This is not a schismatic, reactionary, irrational Pharisee assertion, as you forcefully assert, but a respectful plea to Holy Mother Church to use more effective means of saving souls—the anathema and the Latin Mass—means which have already proven themselves effective over centuries.

Perhaps you could clarify: do you regard Hildebrand as a traditionalist or a reactionary according to your definitions of those terms? My thought is greatly influenced by Von Hildebrand who, in my view, provides the most convincing arguments of any other writer in the 20th century crisis.

If I have misunderstood your argumentation please correct me, brother. Also, I admit my historical assertion about Lateran V and indulgences was made for memory, and I may have confused Lateran V with Lateran IV in that regard (these are corrections I definitely appreciate). I look forward to more conversation brother, and I hope you and your family are well.

In Jesus and Mary,

Once when she was a teen, Amy Coney overcooked the shrimp in the jambalaya her mother asked her to prepare for dinner -- her parents were horrified.

Barrett’s Record: A Conservative Who Would Push the Supreme Court to the Right https://www.nytimes.com/2020/09/26/us/amy-coney-barrett-views-abortion-health-care.html?smid=tw-share

We need judges that conform to natural law https://youtu.be/zH4UYfbLc6k via @YouTube